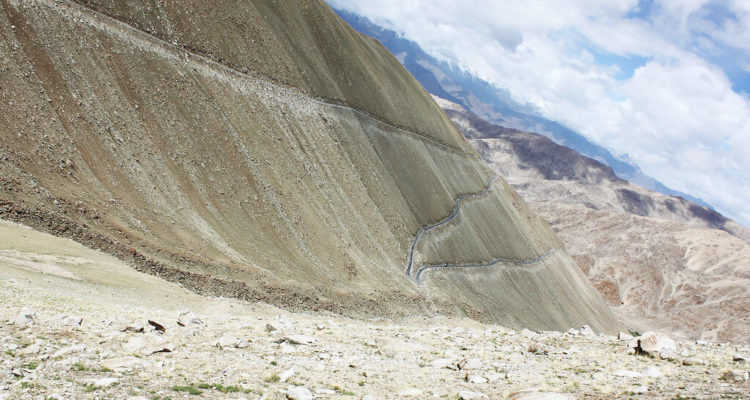 We had travelled to Leh during June 2013. The majestic Himalayas can hold your breath – literally. In the thin air, where breathing was such a great deal, I learnt to take pictures while breathing. Most times, I had a tendency to hold my breath while taking a shot. The funny thing was I had to un-learn that once I returned back.

While photos can speak so much about the subject, this cold desert can easily mislead. The scale of the mammoth mountains are so huge, one can only experience it while you’re there. While most of the photos are of the landscape and the monasteries there, my pick is of the Chukar Partridge.

We spotted the Chukar while we were driving to Pangong lake. I had the 18-55mm lens on my camera body and had to switch to 500mm. I asked the driver to stop the car and was hurriedly changing the lens. And once I had my gear ready, I only had one of the three birds we saw. I got off the car and rushed and hid behind the stone and fired a few shots before it flew away. The green background in the cold desert is a blessing. I had my shot. While I realised this, I knew a few more things. In the thin air – you don’t hurry for anything. I was breathing heavy. Was losing my strength as I hopped back on the seat. Couldn’t celebrate the shot that I just took. We were off to Pangong. By the time we were there, I was totally exhausted. When we reached the cottage, the hotel staff had Oxygen mask for me instead of the usual tea.

This shot was taken by Geetika while I was resting back in the room.

So where was this story all along – if you’ve known me, I’m never organised with this blog thingy. A friend was doing a project on Leh and wanted the pictures – that’s the time I loaded these to Flickr and doing a little post here.

Please do visit the Leh album to experience it in full and leave your thoughts.